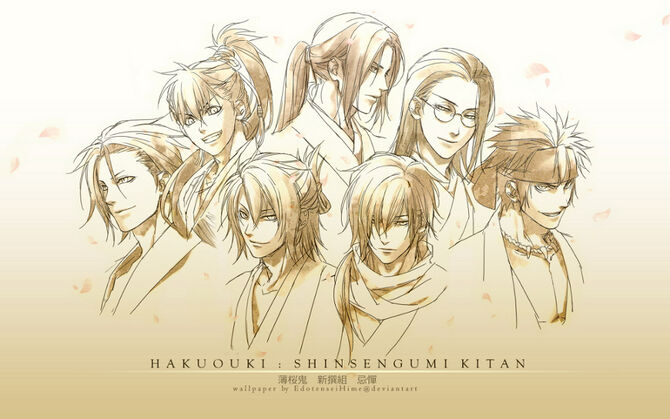 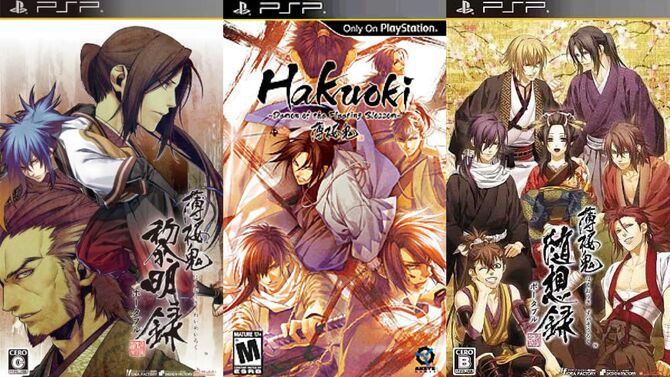 (薄桜鬼 〜新選組奇譚〜 Hakuōki ~Shinsengumi Kitan~) is a video game series by Idea Factory, first designed for the PlayStation 2 and then later ported to PlayStation 3, PlayStation Portable, Nintendo DS, and Nintendo 3DS. Two of the games have been published in English by Aksys Games. The series has been adapted into an anime series and animated by Studio DEEN. The first series, Hakuouki Shinsengumi Kitan, began airing in Japan on the TV Kanagawa and UHF stations on April 4, 2010. The second season began airing on October 10, 2010 and ended on December 12, 2010. The series has also been adapted as two different manga series. A third series based on the prequel, Hakuōki Reimeiroku aired in summer of 2012. Two animation films were released 2013, but were just shortened up versions of the anime. [Differences between original anime and shortened movie] The anime series has been licensed by Sentai Filmworks in North America.

The names "Hakuōki" and "Hakuōki Shinsengumi Kitan" are both valid names for the series. Hakuōki is officially translated into "Demon of the Fleeting Blossom" with Shinsengumi Kitan translating into "mysterious stories of the Shinsengumi," making the full name translating into "Demon of the Fleeting Blossom: Mysterious Stories of the Shinsengumi." There is sometimes a red seal printed near the title that says "新選組奇譚" which reads as "Shinsengumi Kitan." This shows that the two different titles are both valid.("Hakuōki" is the official spelling, but many people use the spelling "Hakuouki" because the use of the accent mark is not available. The "u" in Hakuouki can substitute the accent mark, thus extending the vowel that is needed. There is no difference in pronunciation.)

Yukimura Chizuru has gone to Kyoto in search for her father. As she walks through town at night, she is harassed and chased by a group of ronin samurai. She hides in an alleyway but two white-haired, non-human creatures called Rasetsu attack and kill the ronin. They spot Chizuru and engage, but a group of men from the Shinsengumi kill the Rasetsu. They take Chizuru into custody and debate what to do with her. They discover that her father is a man they have been searching for.

Chizuru joins the Shinsengumi in their search for her father, meanwhile, cooking for them and attending to them. A bond slowly grows between the captains of the Shinsengumi and Yukimura Chizuru. Throughout the series they face many Rasetsu and find that Chizuru's father has a darker purpose than she could ever have imagine

Most of the main characters of the Hakuouki series are based on real historical people from Japan's Bakumatsu period (late Tokugawa shogunate) in 1863.